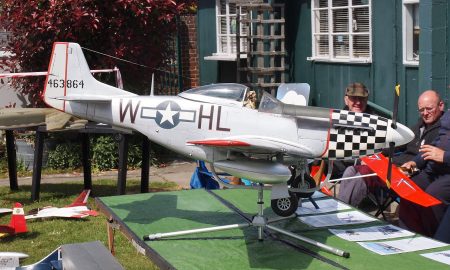 It proved to be a great success with the exhibitors located between aircraft in the Museum’s main hangar. Building on last year, the Sector Modellers invited twenty clubs and four traders to take part which required the Museum to utilise all the Museum halls and hangars to accommodate them. 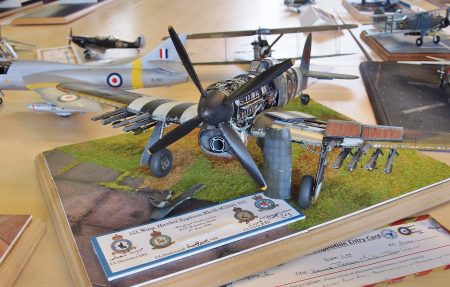 Exhibitors from Dorset, Hampshire, Sussex and London accepted invitations, drawn to the show by its growing reputation as being one of the best organised in southern England. Last Saturday, the show opened its doors at 10 o’clock and during the day over 500 visitors were able to marvel at the intricate detail of the fantastic models and of the skills involved in making them. 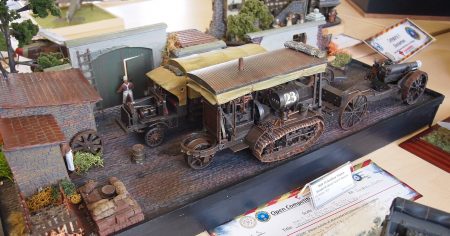 Those looking for models and modelling equipment to buy were well catered for and those seeking refreshments had to look no further that the outside BBQ run by the Museum’s NAAFI Tea Room. The Sector Modellers organised an impressive raffle with numerous plastic models as prizes, donated by model manufacturing companies, some of which were valued at between fifty and a hundred pounds. 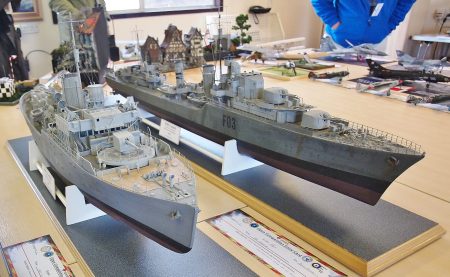 New this year was an open scale model competition staged as part of the show. Numerous models made by both adults and children were submitted and the standard was so high that difficult decisions had to be made by the independent panel of judges. Prizes were awarded for different categories with Phil Cowley, a member of the Tangmere Sector Modellers, winning the Gold medal in the civilian vehicle category and the award of ‘Champion of the Show’. 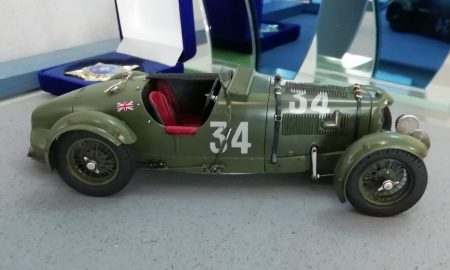