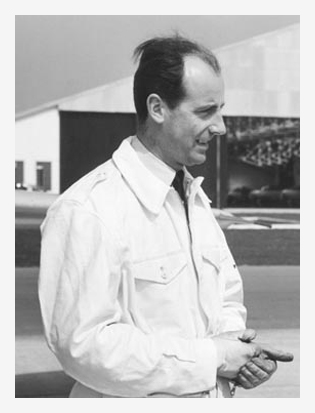 On the evening of 20 July 1951, Squadron Leader Neville Duke, chief test pilot of Hawkers, flew with other company officials in a Rapide aircraft to Boscombe Down airfield to make the first flight of the P1067 aircraft, later to be named the Hunter.

The weather was good, Neville describing it as nice and clear with the Boscombe Down runway looking comfortably long.  After obtaining permission to line-up on the runway, he was cleared for take-off.  Neville described the take-off as smooth and easy with the speed increasing remarkably quickly. 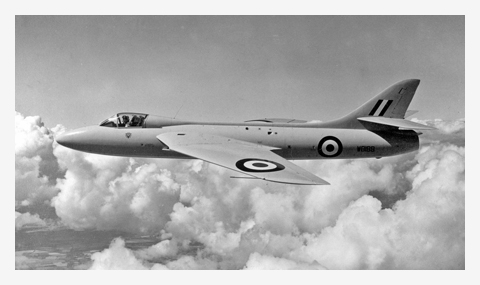 Over Bournemouth at 20,000 feet, Duke turned towards Southampton and then back towards Boscombe in case a hasty landing had to be made.  Neville found the aircraft handled beautifully but anyway decided to make a simulated approach and landing at height by lowering the undercarriage and flaps and throttling back. 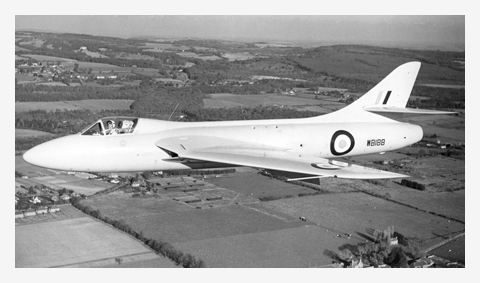 Everything seemed as expected and after an hour’s flight he requested permission to join the Boscombe Down circuit.  After a wide and gentle circuit and a long final approach Neville touched down on Boscombe’s runway. After shutting down, Duke climbed from the cockpit to greet the waiting crowd with the words, “Jolly good!” 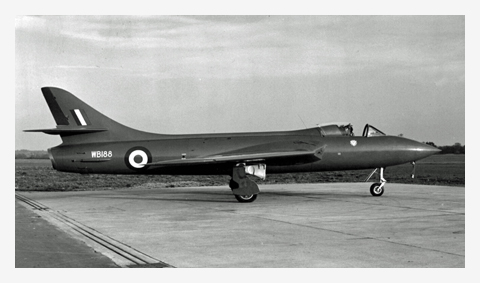 the next 18 months, WB188 played a full part in the Hunter’s flight test and development programme. In early 1953, it was converted to be the only Hunter Mk 3 by the addition of a reheated Avon RA 7R engine, a streamlined pointed nosecone, a curved windscreen and airbrakes on each side of the rear fuselage. 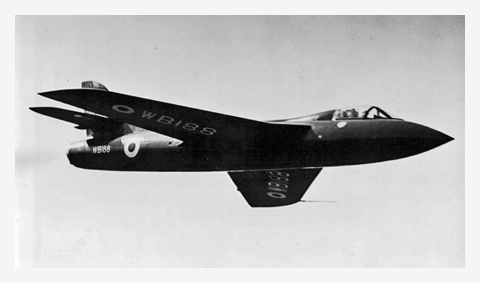 a high-gloss red, WB188 set a new absolute world airspeed record of 727.63 mph in the hands of Neville Duke flying from Tangmere on 7 September 1953. 12 days later, Duke set a second world record in WB188 – 709.2 mph over a closed 100km course – this time flying from Dunsfold. A month later, WB188 was retired from active test flying. 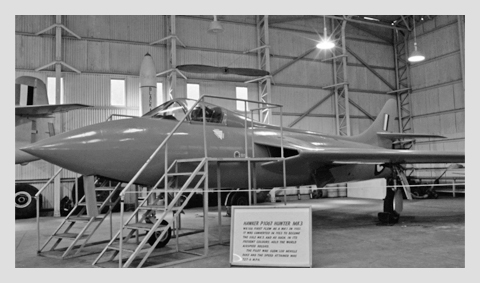 retirement, WB188 served as an instructional airframe and a gate guardian before being selected for preservation, first at RAF Colerne and then, in 1975, the RAF Museum’s Cosford site. In 1983, Neville Duke became the Tangmere Museum’s first Honorary President and in 1993, pilot and aircraft were reunited when WB188 arrived at Tangmere on loan from the RAFM. 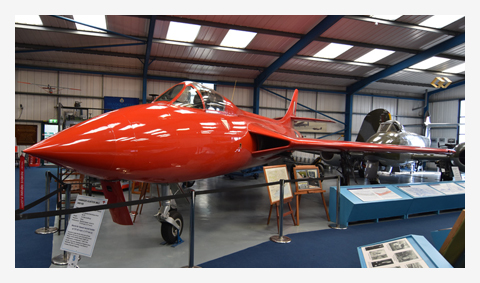 Hawker Hunter WB188 is on display in the Museum’s Merston Hall, courtesy of the Trustees of the RAF Museum

On Sunday 1 May 2022, the Museum held a ‘Falklands Day’ to mark and remember…