On the night of 24/25 March 1944, a mass escape took place from a prisoner-of-war camp in Germany. The local connection with this famous escape is an RAF officer, Roger Bushell. Bushell was born on 30 August 1910, son of a South African mining engineer. His early education was at a preparatory school in Johannesburg, then at Wellington College, Berkshire. At Grenoble University he learnt to speak French and German fluently and in 1929 he went up to Pembroke College, Cambridge to read law. After university, he was called to the Bar and became a promising London barrister. In 1930, he was invited to join, as a pilot, No 601 Auxiliary Squadron, known as the millionaires’ squadron due to their considerable wealth. 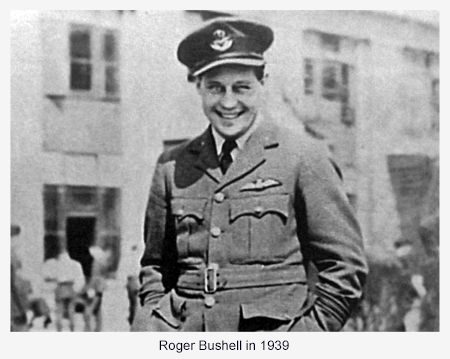 After war was declared he flew with No 601 until 10 October 1939 when he was promoted squadron leader and posted to RAF Tangmere to reform No 92 Squadron. The squadron was equipped with Bristol Blenheim 1F  day fighters and as its commanding officer, Bushell was the first Auxiliary officer to take up such a post. The squadron moved to Croydon in December 1939 and converted three months later to Spitfire Mk1 aircraft. On 23 May, at the time of Dunkirk, the squadron carried out its first sorties over northern France but on its second sortie of the day, Bushell was shot down by a Bf 110 German fighter aircraft. Fortunately, he managed to force-land in a field near Boulogne but was captured by advancing German troops.

He was initially held at Dulag Luft, near Frankfurt, a Luftwaffe interrogation centre, but managed to escape a few weeks later. He reached the German/Swiss border but was captured before he was able to enter neutral Switzerland. Four months later he escaped from a prisoner of war camp and reached Prague with a Czech RAF pilot. Here he was hidden from the Germans for six months until he was captured again on 19 May 1942. His Czech lover and her family were later executed and Bushell was suspected by the Gestapo of involvement in the assassination of Reinhard Heydrich, Reich Protector of Bohemia and Moravia. He was fortunate not to be executed but was sent, after interrogation by the Gestapo in Berlin, to Stalag Luft III, a prisoner of war camp for Allied air force officers in Lower Silesia, now Poland. 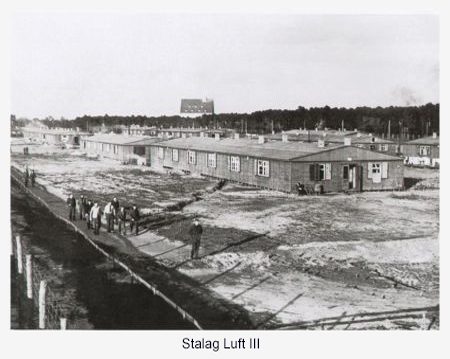 As ‘Big X’, Bushell took over the escape committee – the X organisation, responsible for all aspects of the camp’s escape plan to get 200 prisoners out in one night. Three tunnels, named ‘Tom’, ‘Dick’ and ‘Harry’ were dug but in September 1943, ‘Tom’ was discovered by the Germans guards. Work was concentrated on the completion of ‘Harry’ and on the night of 24/25 March 1944, 76 prisoners, including Bushell, escaped.

Roger Bushell was captured two days later some 500 miles from the camp. On 29 March, on Hitler’s order, he was shot dead by the Gestapo. Only three of the escapees made their way back to the UK but forty nine recaptured others were, like Bushell, murdered by the Gestapo.

The escape from Stalag Luft III was the inspiration for the film The Great Escape in which actor Richard Attenborough’s character Roger Bartlett, was based on Roger Bushell, the real ‘Big X’.